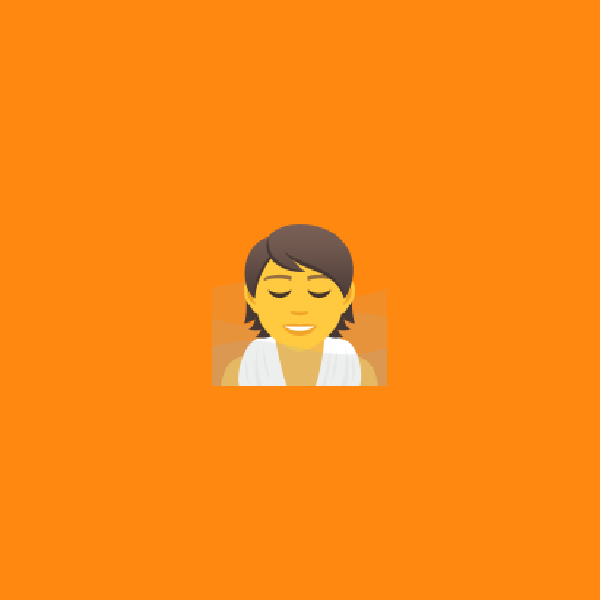 M: What kinds of services would you expect to receive from a company?

R: The good kind? Seriously though, I think everyone wants something high-quality, as efficient as possible and as cheap as it can be. So if we think about customer service, that means it should work well. It should be fast, and it should be low cost in terms of time committed to the issue. Of course, it's quite hard to find this combination of things, let alone deliver them.

M: What kinds of jobs involve coping with the public?

R: I imagine most service jobs since they're usually public-facing and of course, they're spokespeople for various companies. So I suppose you could boil it down to anything that involves doing a lot of talking.

M: Should companies react quickly when customers have difficulties?

R: Well, that does seem like the obvious answer, doesn't it? However, sometimes a slower response might be better to avoid jumping the gun. Sometimes problems can resolve themselves, or a good solution for all parties might require more thought. So it's important to be calm in this respect.

M: When does good service play an important role?

R: Well, I would argue that it always does. However, if we have to narrow it down, then when the service is a key part of the product on offer and isn't incidental. By this I mean, sometimes service is something that supports the delivery of the product, like the person who greets you at the reception desk in the company, you can survive bad service there. But if the service is teaching, for example, and the teacher is bad, then the entire product is basically ruined.

R: How does one improve anything, you seek feedback and set up systems to properly evaluate it. That doesn't mean listening to all and sundry talk about your company, you find ways to channel feedback by asking the right questions and considering it carefully before acting on it.

R: Imagine if it's a straightforward query, then you don't need a person, though most of that has probably been shifted online. So people do it through banking apps, for example, or apps in general. Usually, when people call a number they want to speak to a human. If we expand this idea to shops and cashiers, I would also rather deal with a person. I think most people would. It's all a bit inhuman, otherwise, that loss of a sense of connection.

M: Are customers expectations too high?

R: Well, with regards to what? Getting good service? If we mean that, then no. I mean, good manners and professionalism cost nothing. You can also train people to handle failure too. So I don't think the expectations are too high in that respect, but it depends on what you mean.

M: What do people do when they get bad service?

R: I think the easy answer would be to say they complain, but many people don't. Or so am I to believe. You actually just vote with their feet and they go somewhere else. That's what I've done, whenever I've had a terrible experience.

M: What do you think people should do?

M: Why do some people choose to be silent when they receive bad service?

R: There are lots of reasons. It could be they're afraid, maybe it's not part of their culture, it's too much effort. There's a whole range of issues that might prevent people from giving negative feedback. It's a shame though since companies might be missing out on a lot of that important advice.

M: Thank you, Rory, for your answers!

R: Yeah. They should be fast.

R: I did say high-quality.

M: You did, quality. What kinds of jobs involve dealing with the public? So service jobs like cashiers? Could you give me some more examples like managers?

R: Waiters, waitresses, people you speak to on the phone.

R: Yes, jumping the gun is just another way of saying moving too soon without thinking.

M: And the question was about the fact that companies should react quickly or shouldn't react quickly to customers having difficulties. Sometimes it's better to avoid jumping the gun, you know, to wait for the issues to settle down for people to come down and then react. A good way to start your answer is I would argue that, I would argue, so I think, I reckon, I guess, I'd say that.

M: Oh, yeah, I imagine. So the question was, when does good service play an important role? And you say, I would argue it always does, however, we have to narrow it down. Nice.

R: Well, if we have to narrow it down. So it's part of a conditional structure.

M: Oh, to focus on something?

R: Well, it can be or it can mean to focus on the most important things, or to reduce a large number to a smaller number.

M: Oh, yes. Yeah, that's a good one. Reduce a large number to a smaller number. And then in your answer, you can give an example. Here, for example, Rory talked about teachers, right? So, you can structure your speaking part three answers in a similar way, as you structure your essay. Yeah? So the main idea, explain or give an example, here, Rory gave an example about teachers. So if the service is teaching, for example, the teacher is bad, then the entire product is basically ruined. Yeah, quite true. You seek feedback and set up systems to properly evaluate it. So how can companies improve their customer service? seek feedback. Seek means...

M: Yeah, and find. Look for feedback, ask customers for their feedback and set up systems, right, to evaluate, to assess the feedback. And then they said, that doesn't mean listening to all and sundry talk about your company. That's a nice one. All and sundry.

R: Yes. All and sundry is just basically everybody.

M: Yeah. Cool. About robots, you said that it's a bit inhuman to have robots in customer service.

M: Did you know that they use robots when they call you and they ask you for feedback? Or they just need to sell you certain things? Or, for example, when you're meeting a doctor, and then a robot calls you to make sure that you're coming, to confirm the appointment.

R: I never had this.

M: No? Oh, maybe you never knew that it was a robot talking to you, Rory.

R: Well, no one's ever called me to confirm an appointment or not. Usually, it's just an email.

M: Oh, no? Ah, okay. All right. Anyway, they use robots. Like as like call robots people. So a strange question is about customer's expectations being too high. And it's okay to say kind of like, oh, with regards to what, like, it depends on what you mean. So it's fine to give such an answer. If you mean this, then this. I wonder if you do ask like, okay, getting a good service, like with regards to what, will the examiner answer? Or they won't?

R: They won't answer, you just sort of have to use these questions to feel your way around. So also, it's good chance to like demonstrate your, your pronunciation. Like with regards to what?

M: Yeah, and sometimes Rory was sarcastic, like, how does one improve anything? You know, like everybody wants a good service, don't they?

M: Ah, true. Yeah. Were you sarcastic anyway? No? You weren't?

R: No, you shouldn't be sarcastic to your examiner.

M: Anyway, you can be sarcastic. You can't or you can?

R: No, you shouldn't be sarcastic to anybody. It's quite rude.

M: Well, true. Yeah, we should be fluffy and polite. And radiate political correctness. Yes? Okay? Good. Voting with their feet. What on earth did you mean by that?

R: That just means no longer going to a place because you don't like it anymore.

M: Hmm. So they actually vote with their feet. So they just stop going to someplace.

R: Yeah, you just say I'm not doing this and everybody moves.

R: Okay. Well, for example, let's just say that a store is caught doing something illegal. People vote with their feet and say that's not acceptable. So they stop shopping there.

M: Ah, okay, cool. Yeah. Usually people complain when they get bad service, or they do nothing. Why do they do nothing is because they might be afraid, it's part of the culture, or it's too much effort, they're lazy. Like a whole range of issues, which might prevent people from giving negative feedback. Yeah? Prevent people from doing something. Is it part of your culture, Rory? When people in Scotland get bad service, do they tend to complain? Or they vote with their feet?

R: That is a personal choice. I also don't know how you would know. Lots of people complain, but how many... What's the proportion of people that complain to the people that vote with their feet? I don't know. I don't think you can know the answer to that question.

M: Hmm. Okay. Because for example, about students, well, about teaching. Yeah? I think about 10 years ago, very few students would complain and say, oh, well, we don't like the teacher, change the teacher. But now, many students complain. Have you noticed this?

R: It's possibly because they have incompetent teachers. Just a thought.

M: Or now, like, we live in the world where it's okay to say that, okay, I don't like this. Change it, right? It's like in the restaurant, if you don't like the soup, would you ask them to change it? Or if it's too spicy for you? And on the menu, it wasn't written that it's a spicy dish. So would you ask them to change it? That's a question. Or if you go to a cafe and they gave you a bowl of soup with a hair. A hair inside it, yum, yum, yum. So would you just like take it out and pretend, okay, I haven't seen it. Or would you actually tell them? Okay, listen, there's a hair in my soup. Kind of I'm not paying for this or just change it. I think it depends on the person or the culture. I don't know.

R: I think so. Well, it's a combination of both. You can't really separate people from their culture, because people are their cultures.

M: So if people don't give the negative feedback companies might be missing out on a lot of important advice. So if you miss out on something, you just don't have it. So if you haven't subscribed to our Phrasal verb course, you might be missing out on some important phrasal verbs. I know, sorry, dear listener. I know it's a premium episode, but I just couldn't help it because miss out is a phrasal verb. Yeah. Now we are done with customer service.

M: Oh, yes. Do you enjoy our customer service? We might not be as quick as you want us to be. But we are there for you. Right, Rory?

R: We are! On the weekdays, not the weekends!

M: Thank you very much for listening! We really hope that you will get only good service wherever you go! Bye!