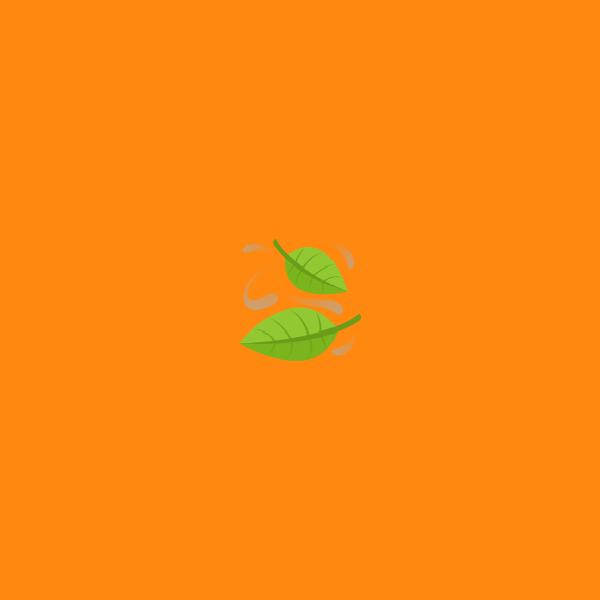 M: Rory, let's talk about change. What are the disadvantages when people keep making changes?

R: Well, people are the sum of their habits. At least so I've read. And if you keep chopping and changing things in your life, then I suppose you'll likely lose your sense of self. In addition to losing track of all the changes. So it's better to make one or two small changes rather than overhaul your entire life in one go.

M: Is it easier for young people to change?

R: I imagine it will depend entirely on the thing they're adapting to, won't it? For example, they probably have the neuroplasticity and general abundance of physical energy to adapt to simple changes, which are easy to understand and build their effort into. And they also presumably have the benefit of adults helping them. However, it was a change that requires a lot of understanding and life experience like something like moving to another country, then perhaps an older person would be better at it.

M: Is it easy for older people to change?

R: Despite everything I've just said, it's probably not as hard as many people would claim to be. They talk a lot about disliking change, and all dogs not being able to learn new tricks. But assuming older people are reasonably calm and understanding and patient with themselves, they could probably adjust to most things with minimal issue.

M: How can people change their daily routine if they want to?

R: I think I read somewhere that there's this sort of magic period of 30 days when you struggle the most implemented change. And then after that, it becomes second nature to you. The other thing is the number of changes. If it's a small number over that period, then by week five, there should be a real difference. Of course, you need the knowledge and patience for that too. But I think it helps a lot. It certainly helped me.

M: Do you think change is good?

R: I think that depends on the change. We need to know more about the context, because some changes are horrendous. And other changes are, well, they're necessary, just in order for you to continue going. So it's difficult to make a blanket statement about that kind of thing.

M: And why do you think people might change their plans?

M: And what are some of the major changes that occur to people throughout their lives?

R: Moving from childhood through adolescence into adulthood is a big change. So those are age changes. You also move from workplaces and your relationships change, you go from being single to being in a relationship to getting married, or at least or some kind of progression there.

M: And do you think in the future people will change more?

R: The temptation is to say yes, because we've got all of this technology in our lives, but I think people will probably change much the same rate they have been for millions of years. No, I think it will remain pretty much static.

M: Thank you, Rory, for your answers, for your changeable no, not changeable, for your kind of stable answers. Rory gives us stability, dear listener. So Rory is pretty much stable. He's organized.

M: Pretty much, yeah, pretty much. So if he has put something in his super book, it will happen, for sure.

M: Sweet, so we make changes. And the examiner here can ask you about different age groups. So changes for young people change is for older people. So we can also say the elderly, senior citizens. Yeah? And also what are the major changes in your life? Advantages of change, disadvantages. Why do people change their routine, their plans? So yeah, stuff like that. Also "Change" used to be in IELTS speaking part one topic. So, because of that, it's a very good idea for you to go to your podcast app to find "Change" as speaking part one topic and listen to it. You can also read the script if you don't want to listen, and fish out the vocabulary for "Change" we used there. You see. So this is kind of preparation for your speaking part two about change and speaking part three. According to Rory, people are the sum of their habits. Are you saying that I am my habits, I am my habits?

R: People are their habits.

M: Yeah, so, dear listener, you are your habits. And then Rory said that if you keep chopping and changing things in your life, then you will likely lose your sense of self. So if you change things all the time, you can lose your sense of self. This is interesting. So these are some of the disadvantages of change and of making constant changes. So like chop and change things. So when you chop like you cut something, chop, chop, chop, chop. So chop and change things. Also, you can lose track of all the changes. So if there are too many changes in your life, you can just get lost in all the changes, you lose track of the changes. And yeah, it's like chaos, panic and disorder. Also Rory you've used a nice verb. To overhaul your life.

R: But that just means to make major changes or one giant change.

M: A nice synonym. We can make small changes, and instead of overhauling your life in one go. As a synonym to I think you can say I imagine. So is it easy for young people to change? I imagine that it all depends on the thing, right? Not on the age. So we can also say that we are adapting or we need to adapt to certain things. Like when we adapt, we also make changes. So that's a nice synonym for the verb change. So when you adapt to a new lifestyle, or a new place of living, and then Rory as an educated native speaker gives an example. He goes like, for example, they probably have the neuroplasticity.

R: We've talked about that before, though.

M: Yeah. Neuroplasticity. And because of this, neuroplasticity, we adapt to different things more easily, yeah?

R: Well, we should do. Not always the case.

M: Yeah. To adapt to simple changes. Yeah? So people adapt to simple changes. More easily, usually young people. Because of this neuroplasticity. You see, education. Rory is shining with his education. No, it's too bright, Rory way, right. The son of his education shines upon us. Yeah. Okay. However, Rory continues, if it's a change that requires a lot of understanding and life experience, like moving to another country, then perhaps an older person will be better at it. So you see, it does depend on the change. Younger people can adapt to certain things. But older people are better at other things. Wow, what a genius thought, Maria, well done. And then, yeah, the elderly, so you can kind of talk about an example about moving to a new country. So it could be harder for young people, as Rory said, but much easier for older people.

R: At least I think so. I mean, older people usually have more resources and an understanding of a situation like that that young people do. They haven't done it before, for example.

M: And when the examiner asks you about all the people and change, which kind of idiom should you mention about old dogs?

M: Yeah. But it's kind of like oh, and Rory did it in a kind of in a creative style. So he said that they talk a lot about disliking change. So kind of they - old people. So they talk a lot about disliking change and old dogs not being able to learn new tricks. So you see, so it's kind of a very nice there. But, dear listener, you can say like, oh, they say that an old dog cannot learn the new tricks, you know. So I think that it's very difficult for older people to change. So you see when stuff like that, but that's a nice one in the correct context here. And old dog can't learn new tricks. Why is it a dog? Why is it not...

R: Well, have you ever tried to teach a cat a trick? They would look at you like you were insane.

M: Yeah. An old cat can't learn new tricks. Yeah. And then you can say that older people are usually more patient. They're more reasonable. And they could probably adjust to most things with minimal issues. Yeah, so again, adapt to new things or adjust to new things in life. People can also change their daily routine. So daily routine that we... Something we do every day. Like Rory, for example, he gets up at five freakin am.

R: No, I just have protein shakes now.

M: No, no kind of like real food. So you are full of artificial food.

R: It's not artificial. It is actually food that you can, well, eat, I guess, but I'm drinking it in this case.

M: Is this like kind of chemical powder that...

R: Yeah, but it's not chemical powder. It's just a powder, that's... It's a byproduct from cheesemaking, I think.

M: Oh, how interesting. Yeah, it's just a powder, dear listener. It's kind of it's healthy, it's useful for you. Powder. What color is it? Pink?

R: No, it's whatever color it is. I don't know. Well, currently, it's sort of a beige color.

M: Okay, beige is not so bad. Anyway, back to our changing a routine thing. Yeah. Rory, you talked about this magic period of 30 days.

M: So now it is second nature to you?

M: And the examiner might ask if changes are always good. And you can say, well, horrendous changes may not be good, horrendous or like horrible, unpleasant changes may not be good. But some nice small changes, happy changes, which were easier for you to implement. Implement. Maybe quite pleasant. And we also implement a plan. Right? So why do some people change their plans? Well, because maybe the plan doesn't work. Or it's difficult to implement a plan. That's a nice word. About general changes, Rory, you said age changes. Yeah?

R: Yeah, pretty much. It's just the scientific word for it.

M: And then adulthood. Yeah? So you can talk about age changes. Also, again, you changed your work or you moved to a new country. So yeah, usually like this. You talked about relationship, right? So a person goes from being single to being in a relationship, so and there might be some progression in that, or maybe not.

M: No, maybe from being married, you know, you become single and this is like a nice change for you.

R: If it's not a good relationship beforehand, then yeah.

M: Oki Doki. So these are our changes. Again, it would be really cool if you could find the topic of change in our speaking part one and listen to that too. To kind of, to have even more words for "Change". And this would be really useful for you to remember all the collocations and superduper vocabulary. So Rory, what's the next change that you're going to make in your life? Tell us.

R: Well, I have to change back to... I'm going to live in London. That'll be a big change.